Jedburgh is an attractive market town in the Scottish Borders. It is situated on the banks of the Jed Water and is about 10 miles from the English Border. This historic town has had a turbulent past and has been raided and attacked by both Scottish and English forces many times. The town is home to the ruinous Jedburgh Abbey and in 1566 Mary Queen of Scots stayed in a house in the town that has now become a museum. Jedburgh Castle Jail was built on the site of the old 12th century castle and is open today as a museum.

Jedburgh was originally called Jedworo, meaning an enclosed settlement on the Jed Water. It was not until later that the “burgh” was added. Much of Jedburgh’s history has been centred around the abbey and the turbulent years of the War of Scottish Independence.

In the 9th century Bishop Eogred of Lindisfarne founded a church beside the river at Jedburgh. In 1118 King David I of Scotland made the church first a priory, and then in 1138 a monastery, before raising it to the status of Abbey in 1147.

In 1174 David I built a castle overlooking and protecting the town and surrounding countryside. It was also, on occasions used as a Scottish royal residence. However the numerous raids and attacks by English forces during the border wars resulted in the Scots completely destroying the castle. It was demolished in 1409.

Form the 13th to 16th centuries Jedburgh was attacked, occupied and burned numerous times. Despite these frequent  raids the town continued to grow, its strategic position  bringing valuable trade. Over the years Jedburgh has had a corn market, butcher market, cattle market and horse market and has hosted hiring fairs. In 1548 the town was briefly occupied by a French Army who were helping the Scots defend themselves against the English. The frequent attacks and raids on the abbey took its toll and by 1560 was in such a bad state it was allowed to fall into disrepair.

Mary Queen of Scots stayed in a house in the town in 1565 that has now become a museum. In 1823 a jail was built on the site of the old castle and although this was closed in 1868 it has been restored to its original appearance and is now open to the public as Jedburgh Castle Jail and Museum. The town grew to become an important woollen centre and in 1856 was said to have at least three breweries.

Despite its stormy past Jedburgh has grown and developed into a thriving and bustling town, serving the local rural community as well as travellers and tourists from both sides of the border.


Jedburgh Abbey
Jedburgh Abbey was founded by King David I in 1138. It was originally both a priory and monastery and was home to a group Augustinian Canons until the 16th century. The abbey had a torrid time during the Wars of Scottish Independence and suffered many raids and attacks. These continued throughout the following centuries as the abbey slowly fell into disrepair. By the time of the Reformation in 1560 the abbey was in a poor state and was allowed to fall into disrepair. The church was used as a parish church until 1871 although some repairs were carried out in the late 1800's the abbey and church were never used again.

The museum is devoted to the life and death of Mary with many interesting displays and memorabilia. Of particular interest is Mary's death mask and a copy of the Execution Warrant. 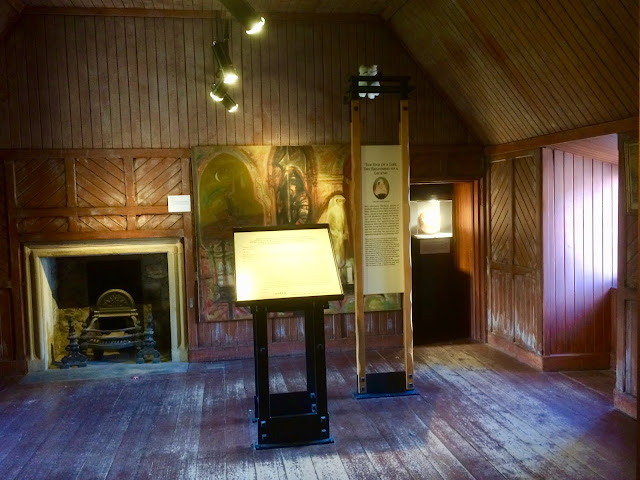 Jedburgh Castle Jail Museum
Jedburgh Castle Jail was built on 1823 on the site of the old castle which was demolished in 1409. Although modified in 1847 the jail was closed permanently in 1868. In 1968 the building was restored and opened to the public as a museum. The old jailers house, which houses the museum and the original cell blocks are open to the public providing a fascinating insight into life in an 1820's prison.