August In Paxton And The Borders

I often feel summer in the Scottish Borders begins to wane somewhere between the 5th and 10th of August, when nearly three and a half months of long, light nights (visibility almost up to 22.45 pm at peak times) suddenly start to dramatically draw in and we sometimes get three weeks of cool, grey skies before the blue skies and fresher air of early September heralds the beginning of autumn. While August is still a comparatively sticky month, in the Borders, we do not get anywhere near the levels of humidity that London and the South-East of England are afflicted by during the same period. There are a few delightfully warm, blue sky days, though, but a couple of them are soon tempered by a cooler, fresher day to follow.

The lawns are still lush and green, fed well by August’s intermittent soft summer rain and the hollyhocks and late clematis are in bloom. The hydrangeas are only just coming into bloom. Dahlias and fuchscias are still healthy, although, just like further south, the hanging baskets are starting to droop as each week passes.

We tend to stop filling our bird feeders for a few months in high summer, as the gardens birds feed off bugs, midges and worms as opposed to endless peanuts and dried mealworm. The ubiquitous starlings are still around, of course, but lots of other garden birds are making their presence felt - blue tits, great tits, sparrows and siskins - while swallows and house martins are nesting under the houses’ eaves and constantly swooping around.

Our cats are loving the warm weather during this period, spending still nights outside before coming in around 6-7 am and, during the day, finding shady spots under bushes to sleep most of their days away.

The farm fields have been full of golden hay bales since the beginning of August, what were once green crop-filled fields are now shorn to the ground. The colour of many of the fields is golden a full month before their equivalents  much further south.

On one of our cycles recently, We saw a roe deer trotting down the side of the road quite happily, keeping sensibly to the edge. Upon seeing us, it scarpered, remarkably performing a standing jump, like a cat, to scale a five foot plus hedge into a nearby copse.

A nice place to visit in August is the coastal town of Dunbar, particularly on a blue sky day, where the natural red stone of the rocks on the delightful cliff top walk is highlighted beautifully. A walk from the Chain Bridge to Horncliffe along the river is pleasurable, as is an always invigorating walk up Northumberland’s Brough Law. 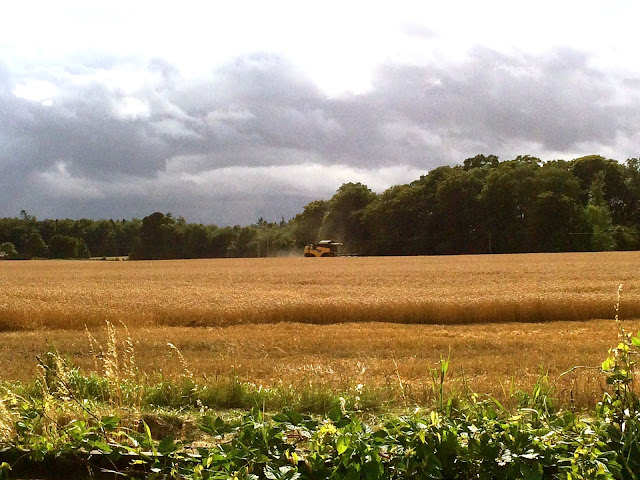 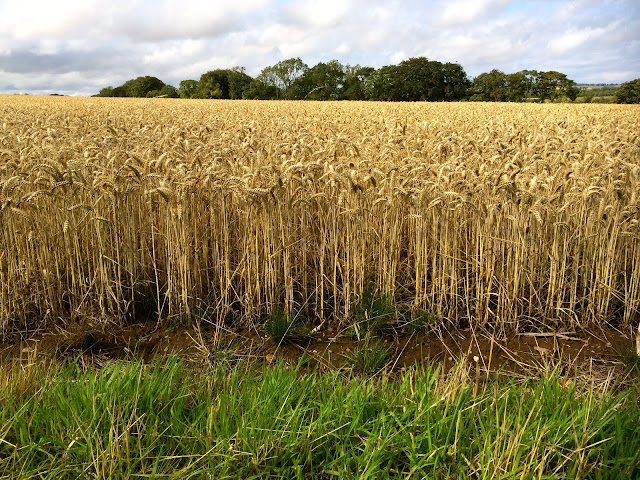 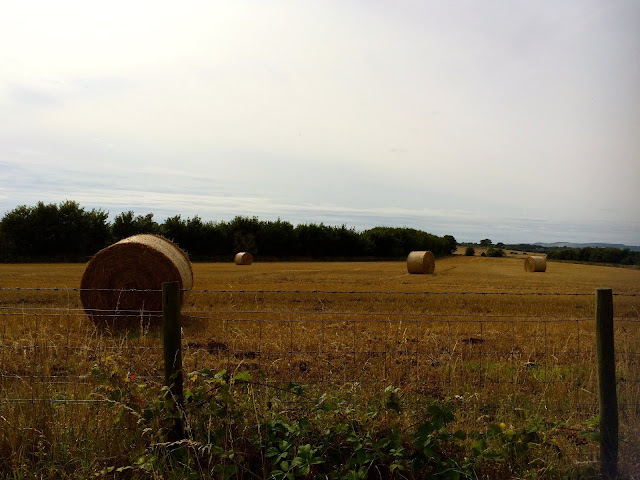 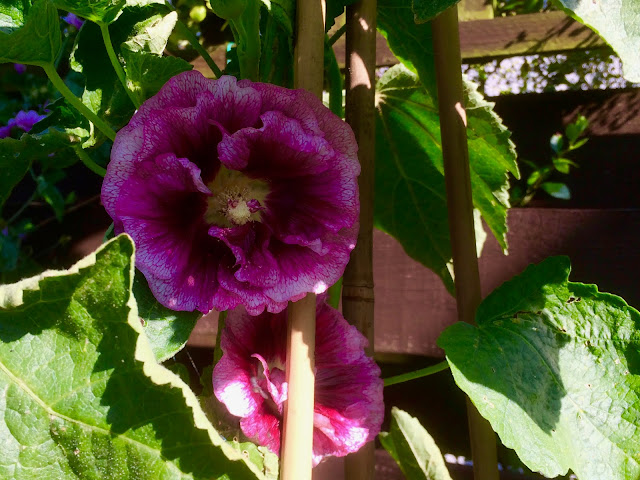 Labels: A Year in Paxton and the Borders