The village of Icklesham  is situated on the A259 between Hastings and Rye in East Sussex. This historic village stretches along the main road and is bordered by beautiful countryside. The 17th century Queens Head public house overlooks the picturesque Brede Valley and not far away on Hogs Hill is a an old smock windmill used by Sir Paul McCartney as a recording studio. Just a few miles away is the ancient town of Winchelsea and the unspoilt Winchelsea Beach. Icklesham is an excellent place to walk and explore the local area with many picturesque walks in the Brede Valley or along peaceful country lanes to Winchelsea and the sea.The 1066 walk from Pevensey to Rye runs through the village.

Icklesham village was originally called Icoleshamme, possibly from the Anglo Saxon Iclingas Ham, meaning the home of the Iclas family and was mentioned in 772 AD in a land charter signed by King Offa of Mercia. The village from a prime target in the Norman Invasion and there were fears that it would be attacked by Napoleonic forces. Evacuation plans were drawn up in case of an invasion.
The Queens Head built in 1632 was originally two dwelling houses for farm workers but it was not until 1831 that ale was sold for the first time. This popular pub has a lovely garden overlooking the Brede Valley and serves excellent food. The attractive 12th century church of All Saints and St Nicholas sits peacefully a little way from the main road surrounded by trees. 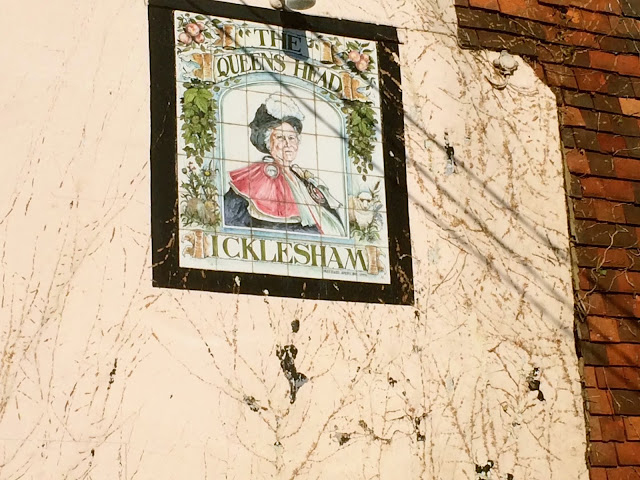 All Saints and St Nicholas Church
This attractive Norman Church, dedicated to St Nicholas, was built about 1100. In the mid 13th century a tower, aisles and the north chapel were added. Further additions were made in the late 13th and 14th centuries. The church remained unchanged serving the villagers until the late 1700's and mid 1800's were renovations were undertaken. It has now been demonstrated that a 1497 refers to the Church off All Saints at Icklesham. The church is now known as All Saints and St Nicholas Church.
https://www.icklesham.com