Edinburgh is a large city in The Lothians in Scotland. Edinburgh, the capital of Scotland is a grand historic city and is home to the Scottish Parliament. The city is steeped in history and has fabulous views across the Firth of Forth and into the surrounding countryside.

Edinburgh has a large popular university and hosts the Edinburgh international Festival and The fringe.  The Scottish Notional Gallery and the National Museum of Scotland are located in the city. A large memorial to Sir Walter Scott stands tall in Princes Street in the shadow of the magnificent castle, sitting proudly on a hill overlooking the city.

Edinburgh Old Town extends from the castle and down the Royal Mile to Hollyrood Palace. Here there are many ancient churches and buildings with small alleyways and steps leading downhill. At the bottom of the hill is Princes Gardens and opposite the Georgian buildings of Princes Street and the New Town.

The main railway station is Edinburgh Waverley with trains running to London and most parts of Scotland. The nearby airport is served by local buses and trams which also run to the shopping centres on the edge of the city. This vibrant diverse city has something for everyone, from history and the arts to shopping and relaxing. It is a fantastic place to visit and will keep you busy for days.


History
The name Edinburgh is derived from the Old Brittonic Celtic Language. The district of "Elydn" was centred on the stronghold of Din Elydn, now the site of Edinburgh Castle. "Din" meant "dun" or "hill fort". Eventually "din" was replaced by "burh" and the town later became known as Edinburgh.

Edinburgh has a long history, the earliest occupation in the city dating back to a Mesolithic camp from about 8500BC. Traces of Bronze Age and Iron Age settlements have been discovered throughout the city and in the Middle Ages, Edinburgh was known to be inhabited initially by the Votadinis tribe and later the Goddodin tribe. The Goddodin tribe inhabited the site of Edinburgh Castle and were feared by the Romans, who, in the 2nd century briefly inhabited the city, building a large fort at Crammond.

The Royal Burgh was founded early in the 12th century by King David I and in the 15th century was referred to as "the principle burgh of our kingdom" by James III. In 1544 an assault by English forces caused fire and destruction throughout the city and in 1573 the castle was bombarded and partially destroyed. Much of the castle was rebuilt and the city survived, continuing to grow and prosper. In 1650 the city was occupied by the army of Oliver Cromwell and in 1745 by the Jacobite "Highland Army"

During the 19th century the traditional industries of printing, brewing and distilling continued to grow but there was little industrialisation. By 1821 Glasgow had overtaken Edinburgh as the largest city in Scotland. In 1840 the railway arrived and the city developed into a major commercial and shopping district. The slums in the Old Town were slowly cleared and new developments on the New Town became established. Edinburgh has become the UK's second largest financial and administrative centre. 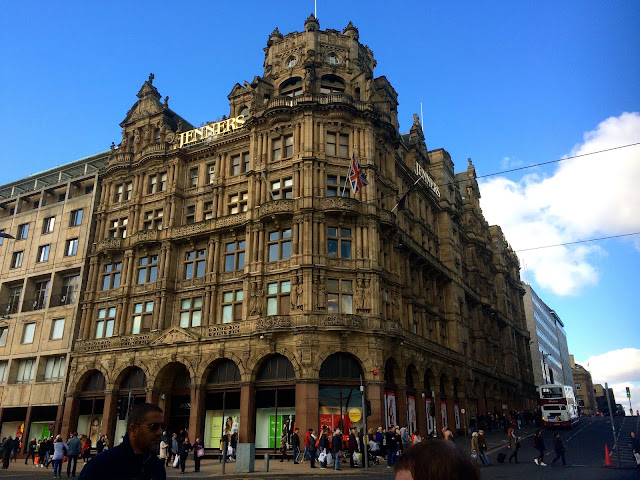 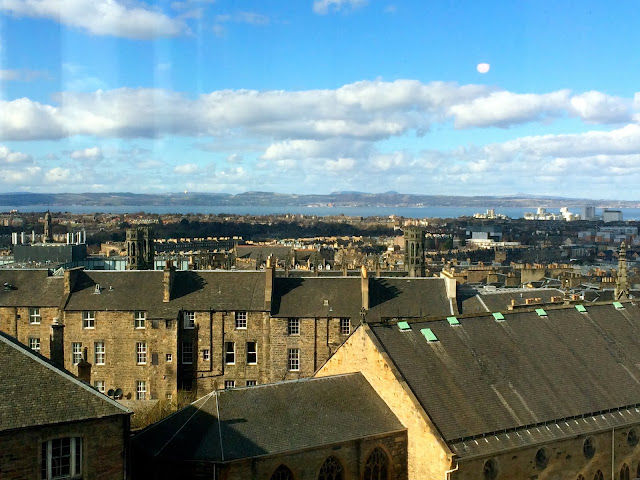 Edinburgh Castle
Edinburgh Castle is situated on a rocky outcrop in the heart of the Old Town in Edinburgh. This historic fortress, which dominates the skyline of the city has existed since at least the reign of David I in the 12th century. Unfortunately much of the old castle was destroyed in the 16th century but was subsequently rebuilt and still stands proudly today. From the 15th century its role as a residence declined and by the 17th century it was being used as a military barracks. The castle was one of the most important strongholds in Scotland and was involved in many conflicts suffering as many as twenty six sieges. 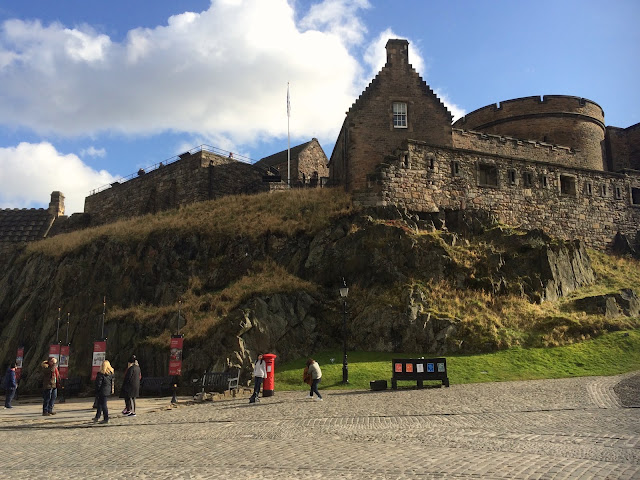 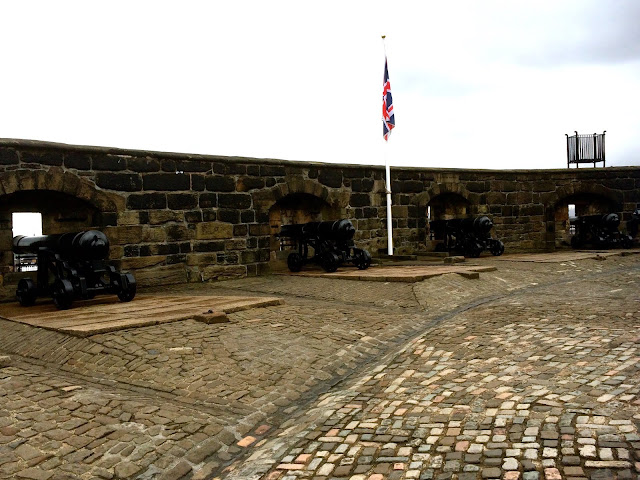