Arbroath was originally known as "Aberbrothock", relating to its position at the mouth of the Brothock Burn. In the 17th century then town started to become known by its shortened name, Arbroath.

Much of Arbroath's history is entwined with the now ruinous abbey. Arbroath Abbey was founded in 1178 by King William The Lion for Tironesian Monks from Kelso Abbey. In 1320 the Scottish Parliament met at the abbey and addressed to the Pope the Declaration of Arbroath. The Battle of Arbroath, between rival claimants to the post of Baillie of the regality took place in 1445. During the battle five hundred people from the town died. After the Reformation the abbey was abandoned and slowly fell into disrepair, but the town continued to thrive and In 1599 King James VI declared Arbroath a Royal Burgh.

During the Jacobite rising in 1745 Arbroath became a Jacobite town. Its coastal position meant that it was in a prime position to move men and supplies from France, becoming a principle port. During the Industrial Revolution the town town expanded and flourished. In addition to the production of shoes and lawnmowers Arboath become known for producing Jute and Sailcloth. 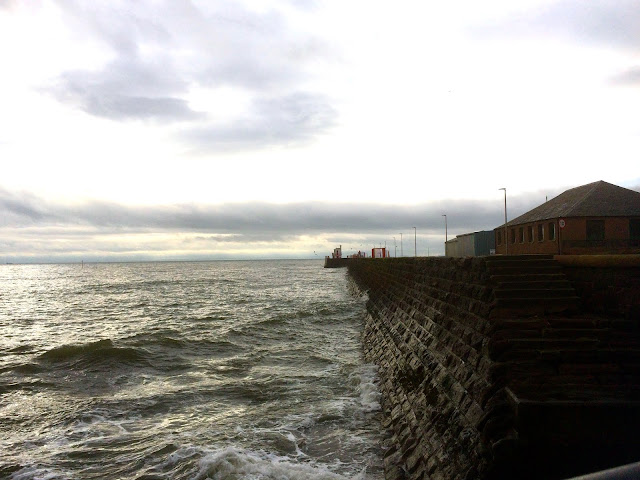 Arbroath Harbour
The attractive harbour on the seafront is home to a mixture of pleasure boats and fishing vessels. The first harbour, known as the Abbot's harbour was built in 1394, but in 1706 it was destroyed in a gale. Replacements were built in 1734 and 1839.


Arbroath Abbey
Arbroath Abbey, which was the richest in Scotland, was founded in 1178 for a group of Tironensian monks by King William the Lion, who is buried in the church. The monks were allowed to run a market and build a harbour. During the Scottish War of Independence Abbot Bernard is believed to have drafted the Declaration of Arbroath.

After the reformation the abbey fell into ruin and from 1590 to 1815 the stones were raided for building in the town.

The Bell Rock Lighthouse is situated in the North Sea about 11 miles off the coast of Arbroath. It was built by Robert Stevenson who completed it in 1810. The lamps and reflectors were replaced in 1843 and in 1988 the lighthouse was automated. The lighthouse operates in tandem with the Bell Rock Signal Tower near Arbroath harbour.

The Bell Rock Signal Tower is situated at the mouth of Arbroath harbour. It was built in 1813 primarily to communicate with the keepers in the Bell Rock Lighthouse by signalling from the top of the tower. The signal tower housed the keepers families and shore staff until 1955.

The tower is now home to the Signal Tower Museum and houses a collection of fascinating and informative displays, including an excellent film depicting the construction of the lighthouse. The life of the lighthouse keeper and his family are also portrayed along with exhibits relating to fishing in Arbroath.


Arbroath Smokie
The Arbroath Smokie is a type of smoked haddock originating from the small fishing village of Auchmithie, about 3 miles north east of Arbroath. Smokies are available in most restaurants or  purchased freshly from the numerous smoke houses near the harbour.